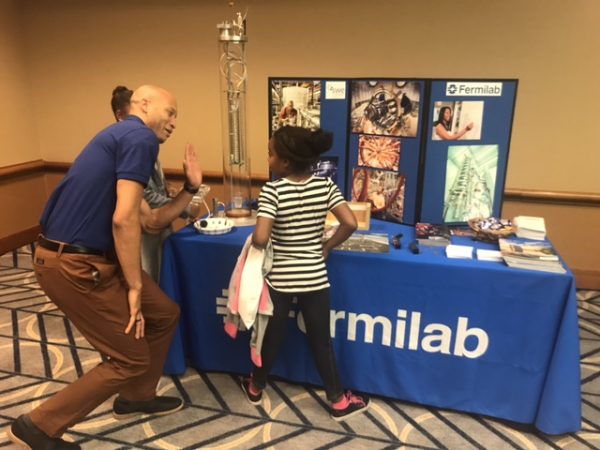 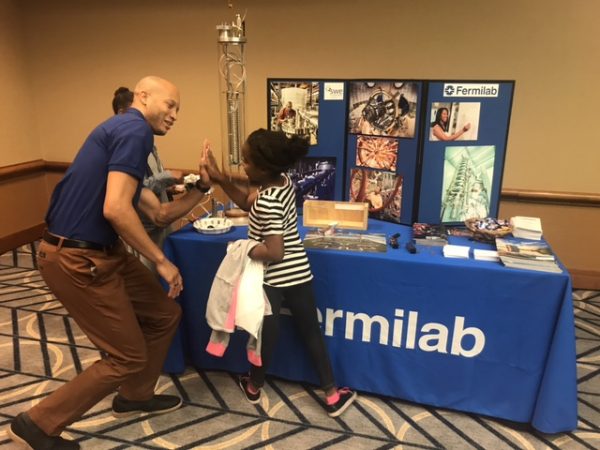 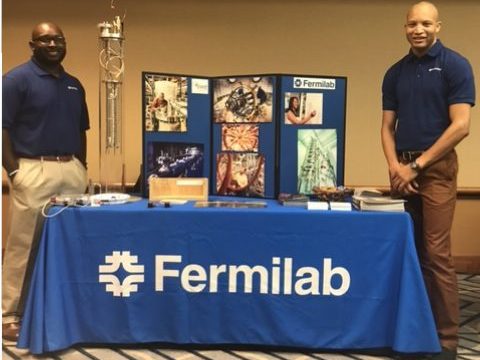 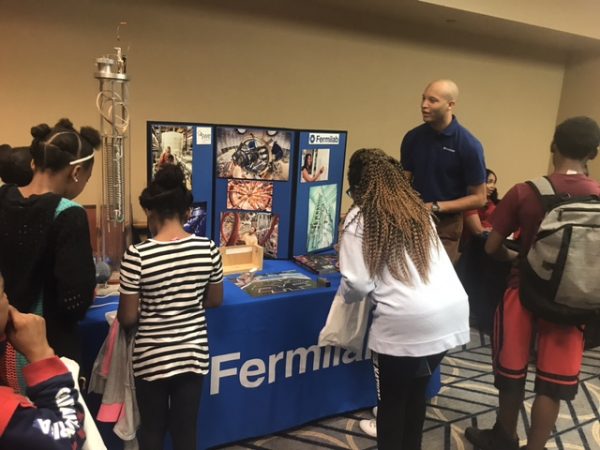 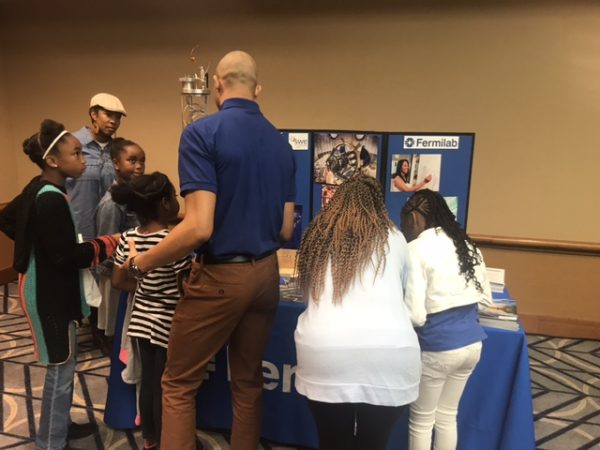 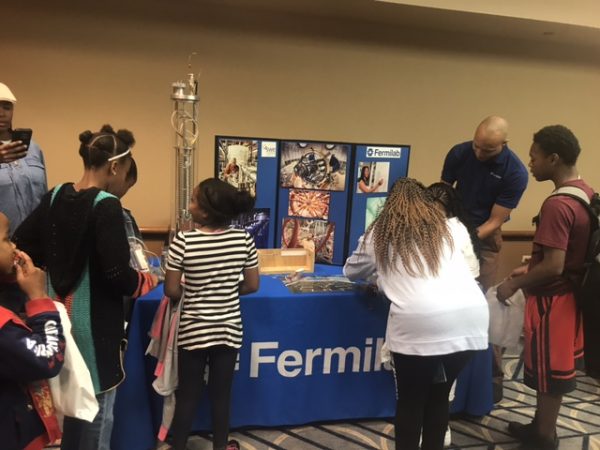 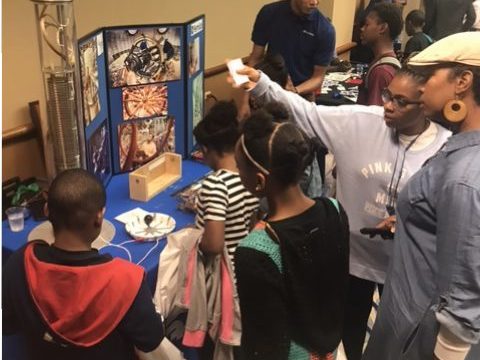 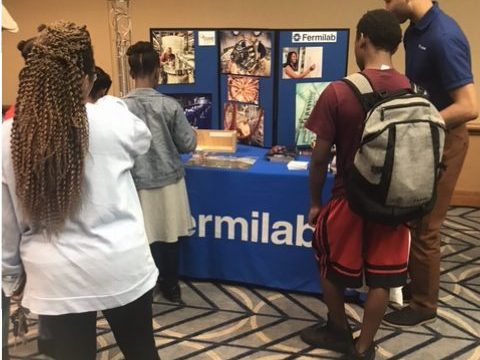 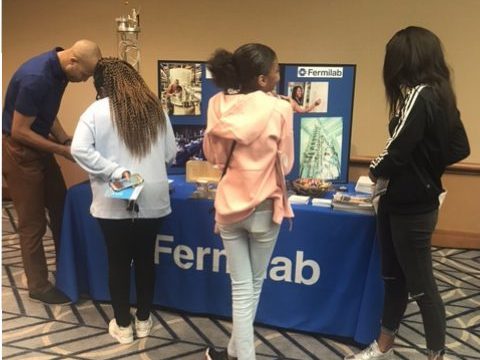 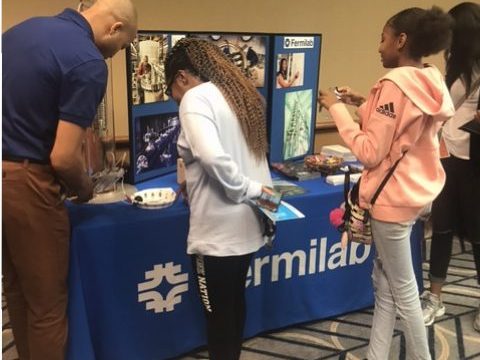 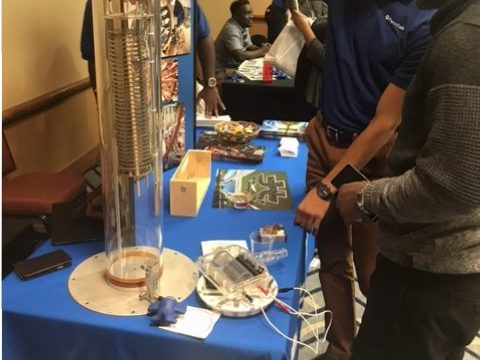 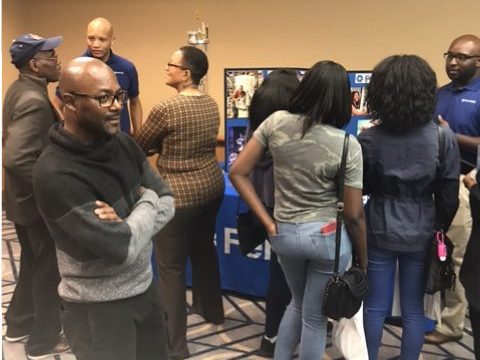 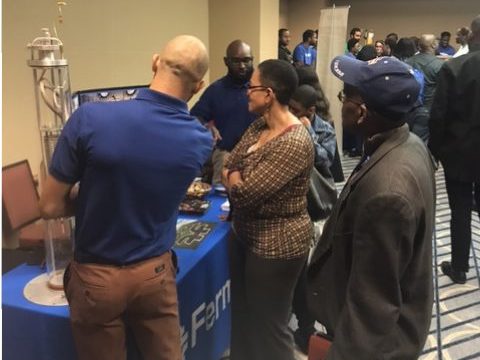 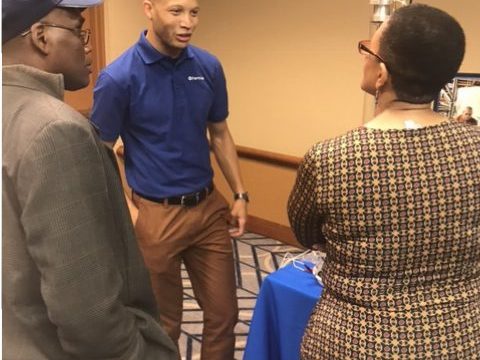 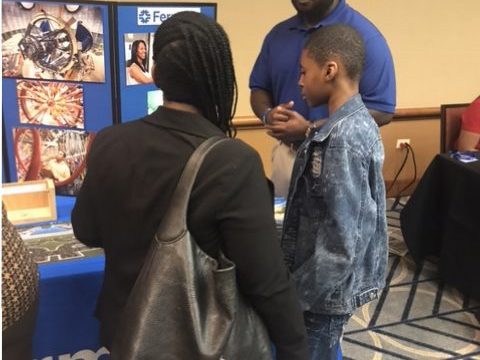 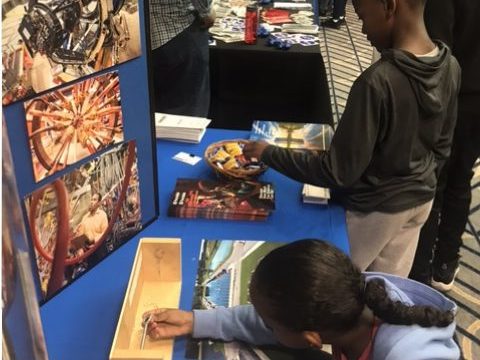 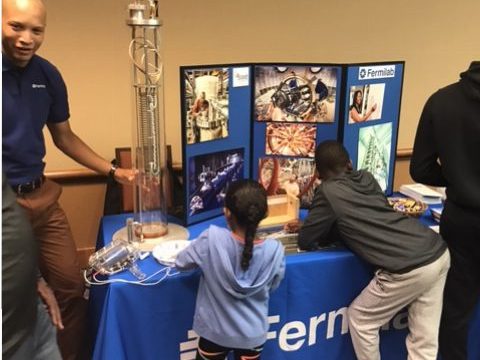 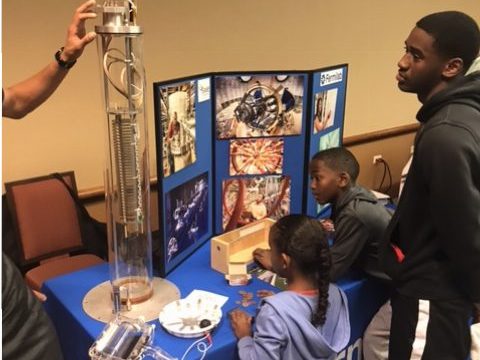 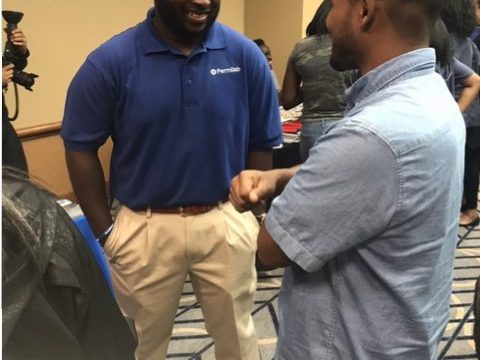 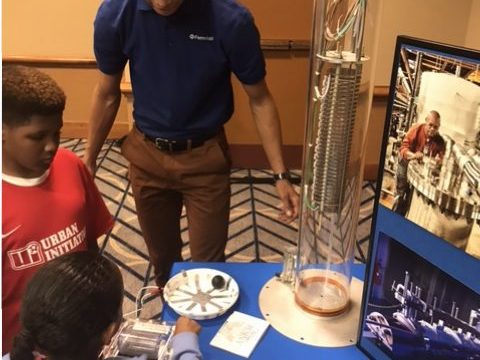 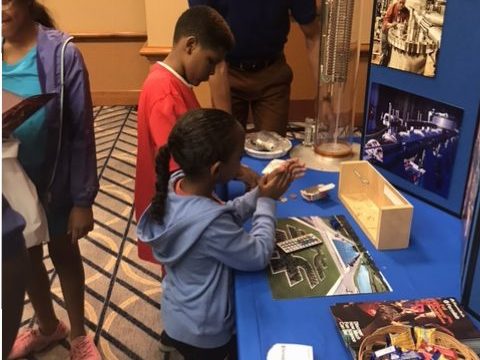 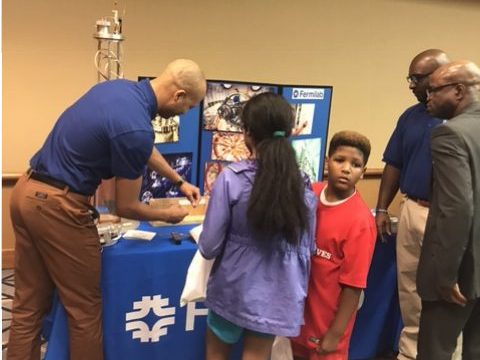 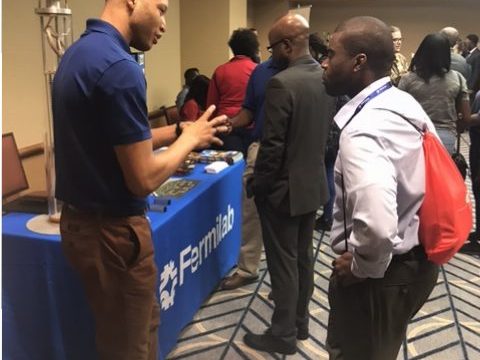 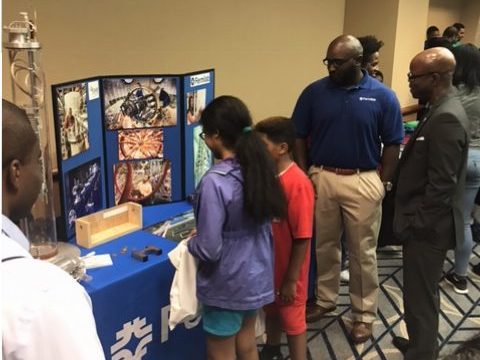 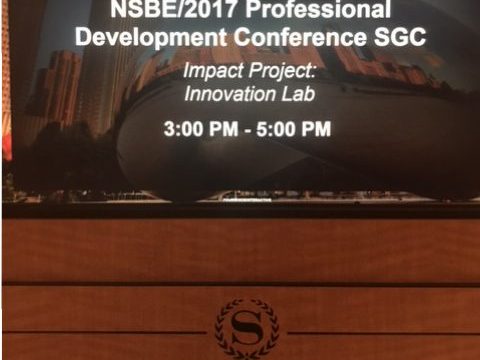 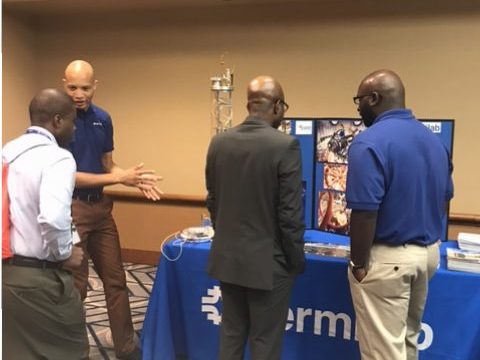 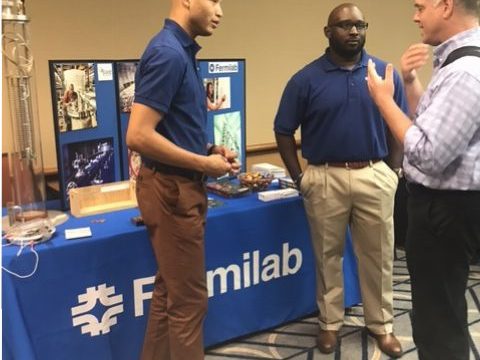 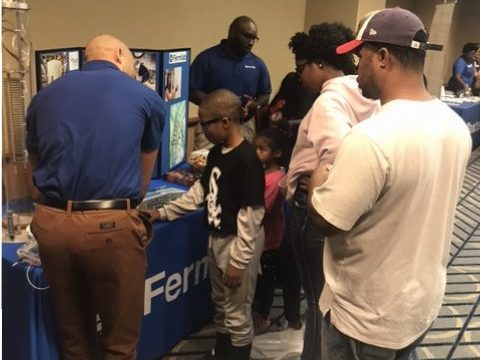 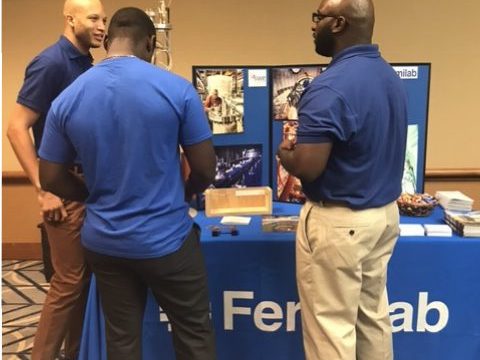 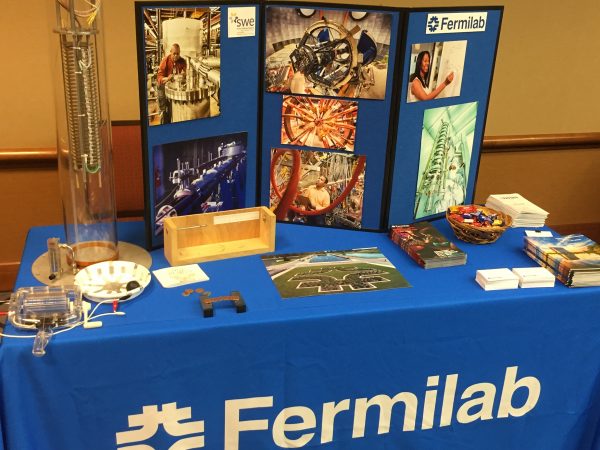 The National Society of Black Engineers (NSBE) Innovation Lab was an excellent celebration of Black excellence for both present and upcoming Engineers and Scientists. The event was held at the Sheraton Grand Hotel in downtown Chicago. While there, students ranging from elementary to high school seniors, were exposed to Computer Aided Design software, common steps required to getting into college and navigating it, in addition to demos from a variety of engineering and scientific research organizations such as Fermilab. Overall, the event was designed to do three major things. It exposed students of color to the necessary tools to be successful in a STEM based community. It provided a much-needed representation by people in STEM fields who have been successful in their careers. Lastly, it illuminated the horizon of possibilities for up and coming engineers both female and male residing in Chicago.

Fermilab contributed to this event by providing two of its own scientists from the Accelerator Systems and Operations group; Marcellus Parker and Donovan Tooke. They stood at a table among many other STEM based organizations, where they answered questions and initiated thought provoking games and puzzles that showcased of some of the major tools used every day at Fermilab. The students enjoyed the challenge of carefully distributing paper clips along a floating string held on one end by a tight knot clinching onto a fixed piece of wood, and the end tied to a paper clip magically suspended in the air (a magnet was put in place such that the paper clip appeared to float). Simply having this game at the event sparked many questions about magnets, how they work and how we use them every day at Fermilab. In addition, a liquid argon purity monitor was on display to showcase a more advanced use of modern physics, engineering, electricity and magnetism. Each student grew exponentially more enthusiastic as they continued to interact with each of the puzzles on display. This opportunity and experience was truly fulfilling.

In conclusion, Fermilab successfully showcased some of its own minority representation and exposed students of color to STEM, while expanding the range of possible career paths available to all the students who participated in the NSBE Innovation Lab. With all of this, Fermilab was faithful to the NSBE mission of “[increasing] the number of culturally responsible Black Engineers who excel academically, succeed professionally, and positively impact the community.” — Marcellus Parker